We arrived at Florence and I couldn’t wait to cook, eat, see David, see a soccer game, see the Leaning Tower and last, but definitly NOT least, sleep. On the way to our apartment, we saw a really big church. It was so big, dad tried to take a photo, but it wouldn’t fit on the screen. I feel really good about this place. 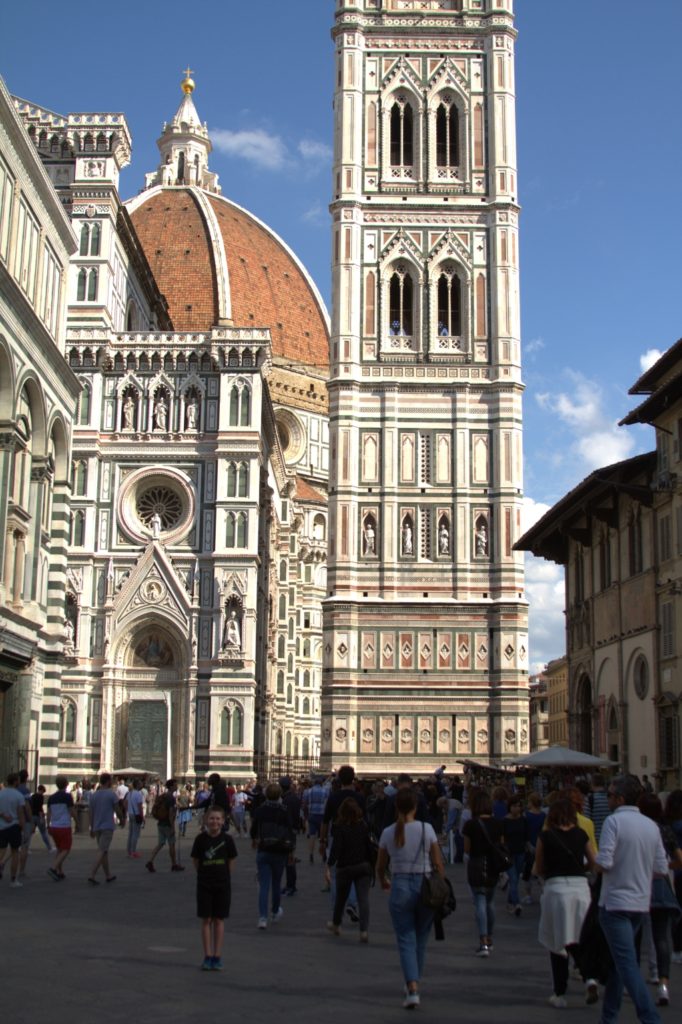 Once we got up, we had to get ready to see David. When we were ready, we set off to see him. We took a photo, but it wouldn’t zoom out. I’m very surprised that people made him by hand!!! There was a lot of other stuff too. Paintings, statues, even musical instruments! After that, we went to the gift shop and bought some stuff (once again, I won’t tell you what. Muahahahahahahahahahahahahahahahahahahahahahaha). 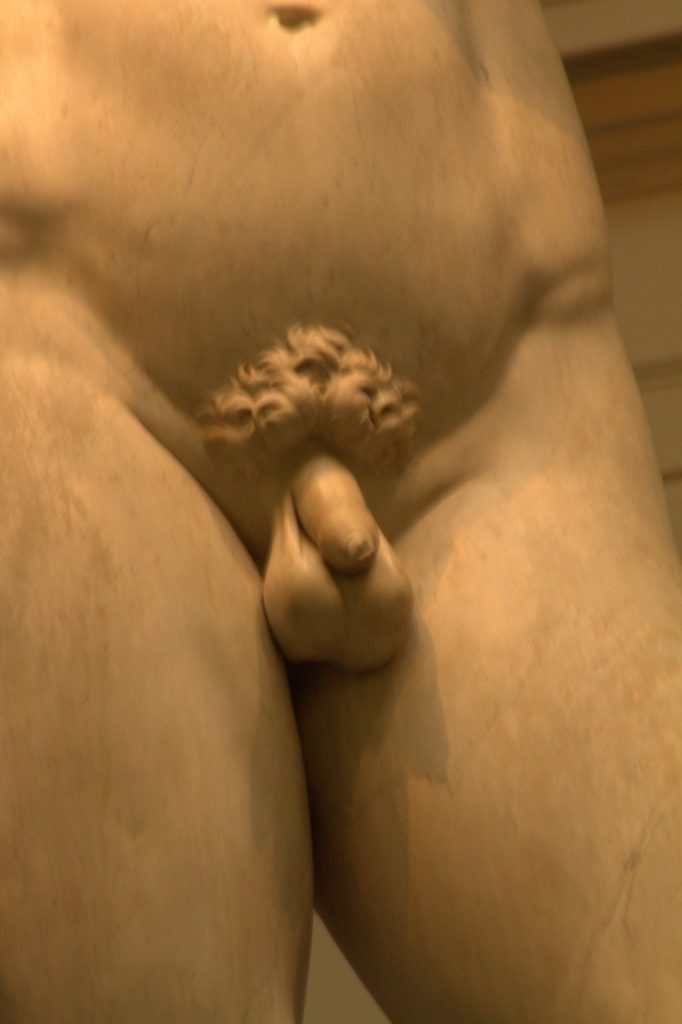 Later that night, we went and saw a soccer game. Fiorentina vs Atalanta. Someone on Atalanta took a penalty kick, and it got saved!!! When it got saved, the whole crowd cheered. One guy even jumped over seats to get to the front and stick up the rude finger! Fiorentina was winning 1-0 for most of the game, but in the last few seconds, Atalanta scored and it was a draw. The crowd got really mad. 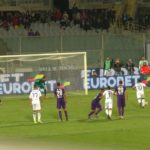 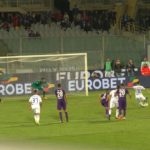 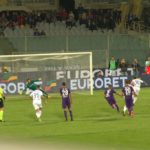 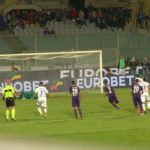 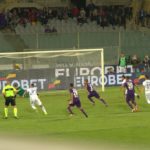 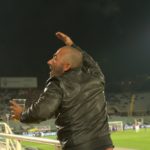 The next day, we went to Pisa and saw the Leaning Tower Of Pisa. It stood out, because it was the only building that was leaning. I really wanted to go into it but we didn’t have much time. So we took photos, ate lunch and went back to Florence to do some cooking. 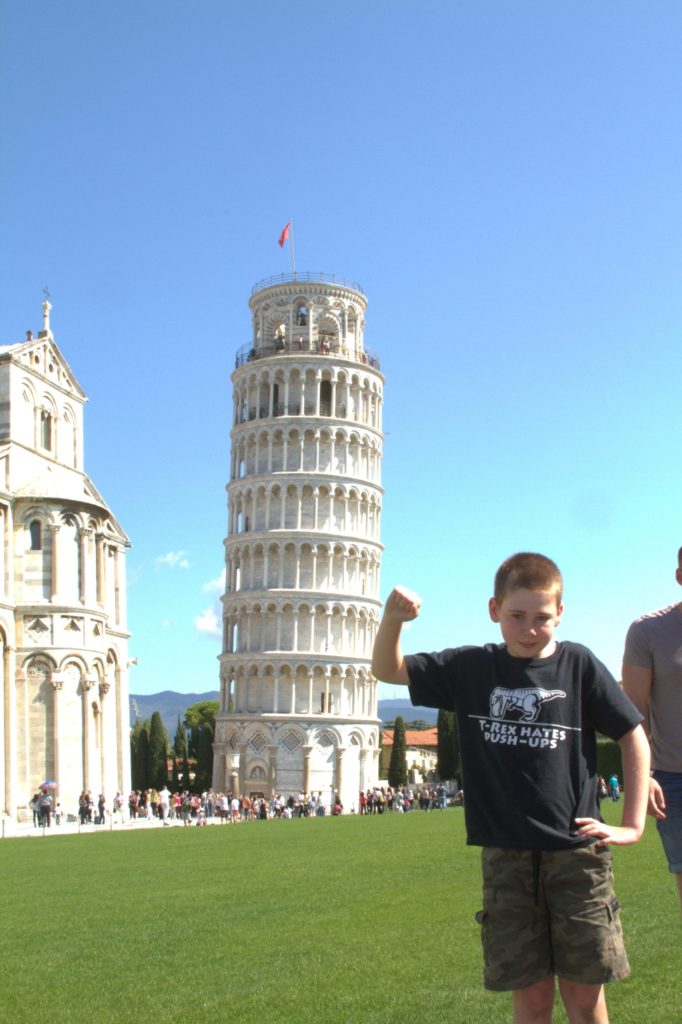 Once we were at the cooking place, we had drinks and bruschetta and went inside. First, we had a little pep talk, then we started making gelato. It was actually pretty easy. Just mix the right amount of ingredients, put them in the fridge and the mix them in an ice-cream churner. Luke and I made hazelnut flavour. The person made gelato with liquid nitrogen! 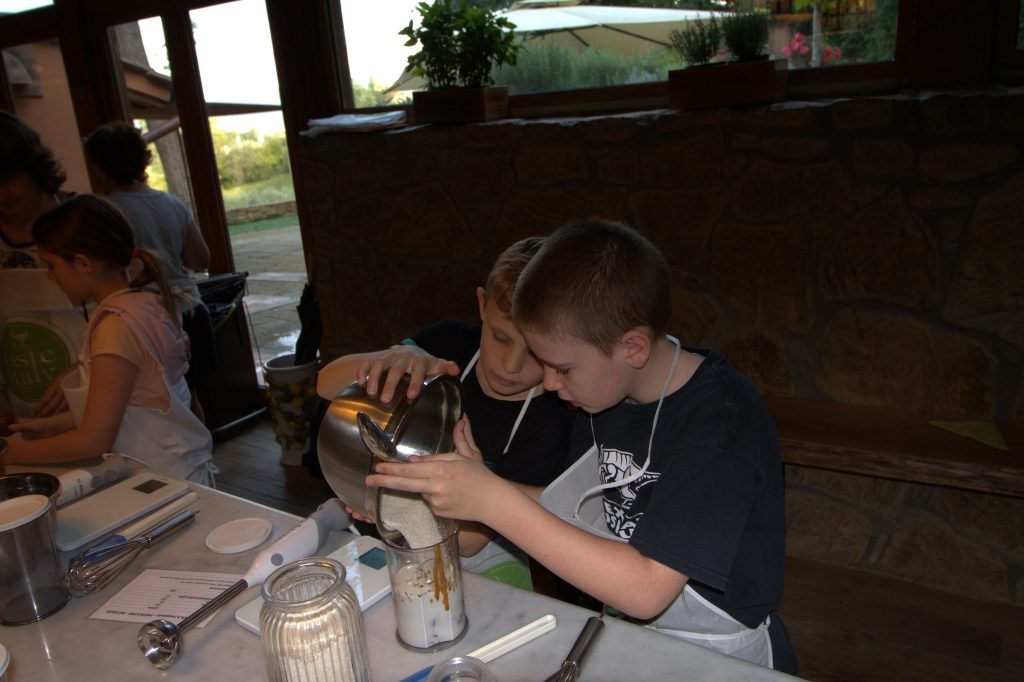 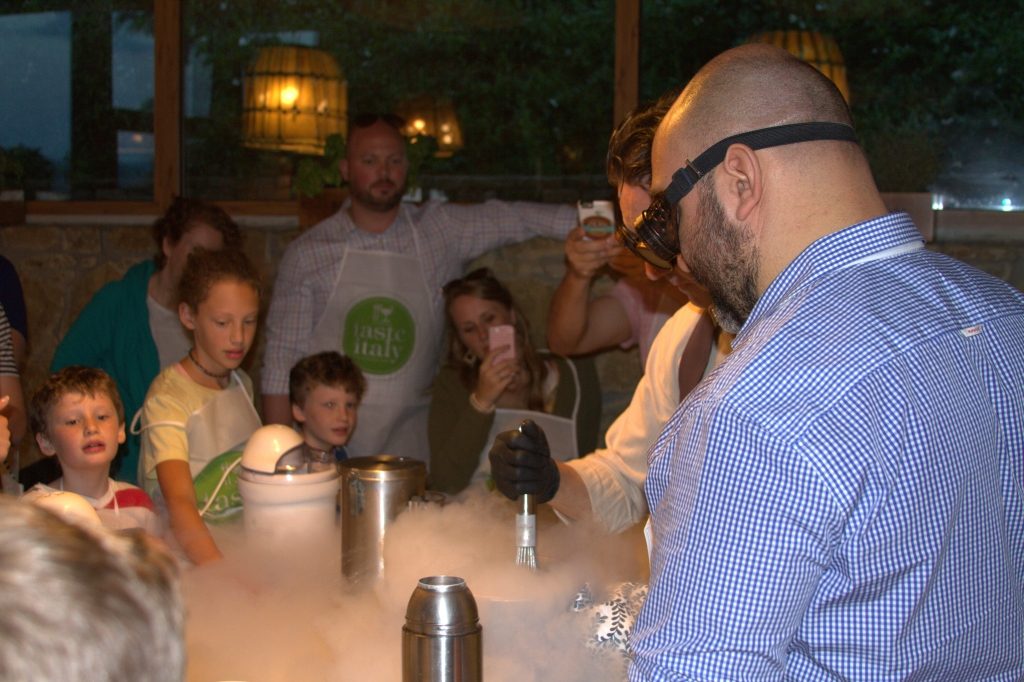 Then we made pizza! That was pretty easy too, but it takes time for the dough to rise. So we made dough, but used dough that had already risen. I put way too much sausage on my pizza, but it was yummy!!! So was the gelato. 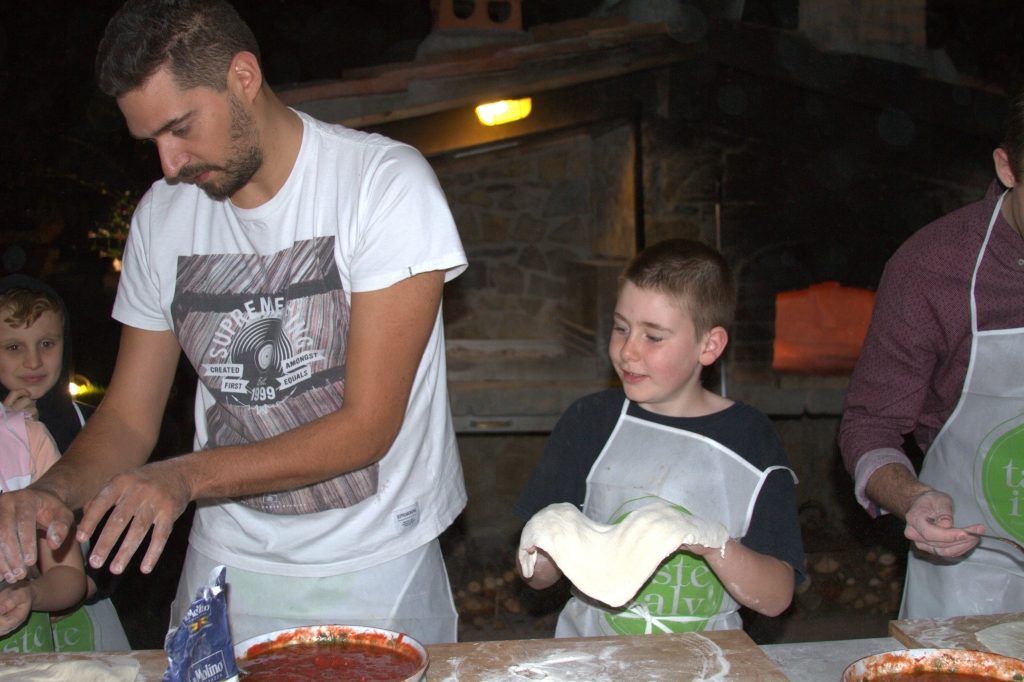 After I finished eating, I played with the dog. It loved me, just a little bit too much. Dad told me that it was trying to HUMP me! I was glad that we left soon after that.

Overall, I think that Florence is a great city.